Almost two years after I built my FS14, I finally put my toe in the water. 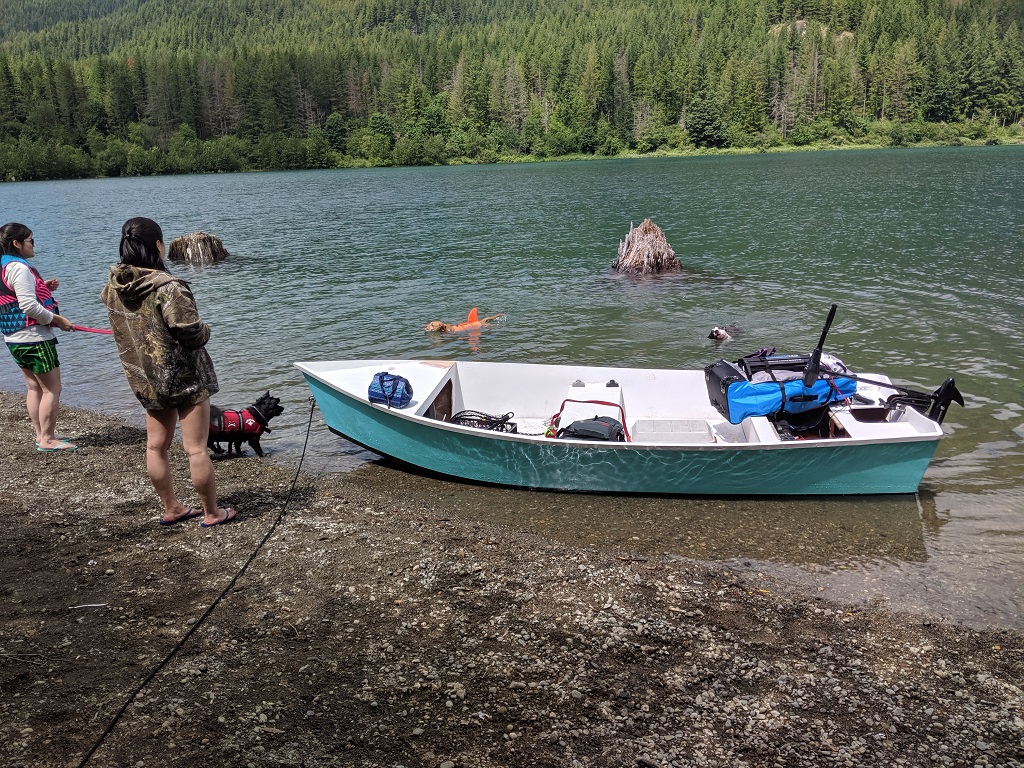 Took it to Rattlesnake Lake in King County, WA, about an hour away from Seattle. There aren't any rattlesnakes in Western Washington, it was named after a census worker that heard a cicada bloom and decided the area was full of snakes. For what it's worth, I love all of Western Washington's docile snakes and don't hesitate to watch them.

It's a no-gas motor lake with very restrictive harvesting rules. I mostly wanted to just mess around in the water, but we happened to hook up 4 rainbow trout, none above the 14" limit. 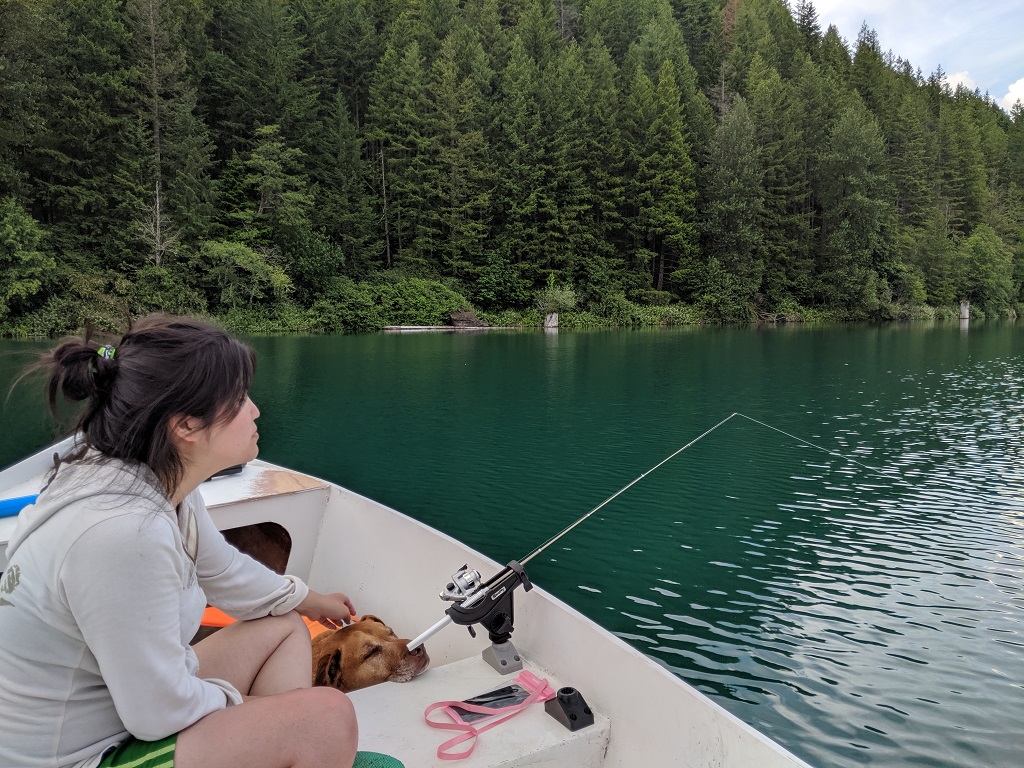 Due to lure restrictions, we were mostly limited to trolling a dry fly long out behind the boat, but it was productive. All 4 were hooked on one of those super cheap amazon pen-sized telescopic combos pulling a walmart special dry fly behind it.

Well, now I know. I'm not sure why I built a boat and didn't launch it until about 2 years later, but I'm going to use the heck out of it this summer, once I buy a new oatboard. 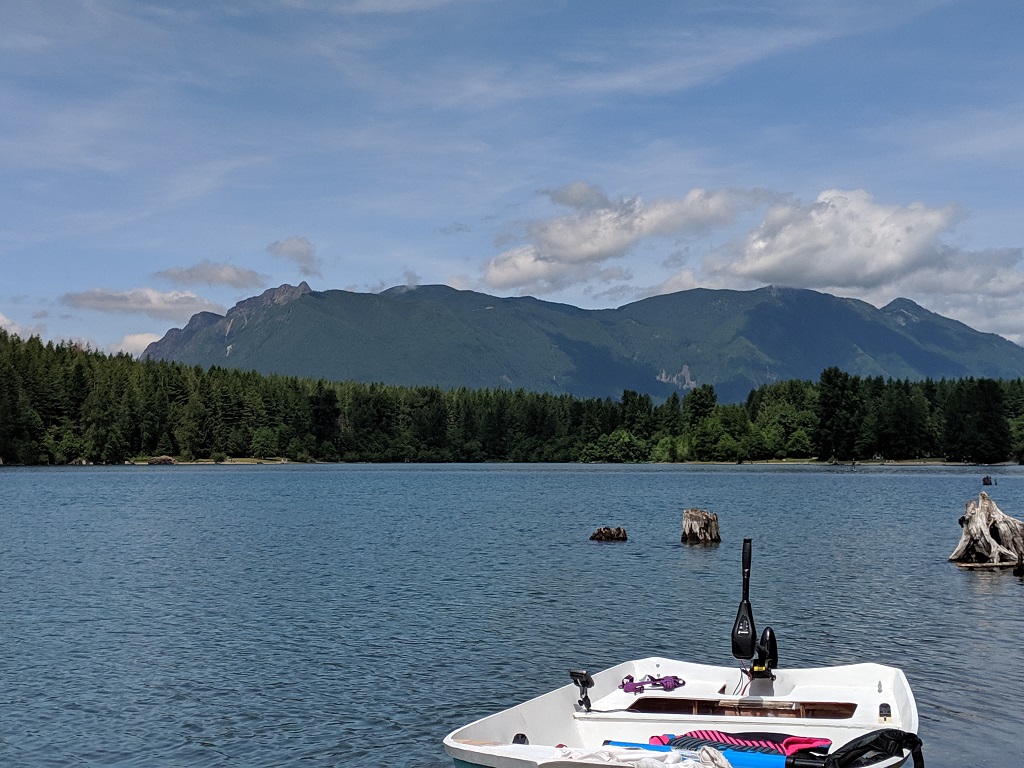 craigyb, the photos did not come through. Jeff
Top


If there is magic on this planet, it is contained in water. - Loren Eiseley

"Give an Irishman lager for a month and he's a dead man. An Irishman's stomach is lined with copper, and the beer corrodes it. But whiskey polishes the copper and is the saving of him." --> Mark Twain
Top

Pretty boat and scenery. What color / brand paint is that?
Top

Yeah, that’s a good color. I got a chuckle out of the fin on the dog’s pfd. The time to start a big project is long before you think you are going to need it finished, so I would say you’re probably ahead of most of us who take longer than we expect to, and are thus still building during boating season.
Top

Killz white on the inside, rusto aqua on the outside. Super cheap, we'll see how it all holds up over time.
Top